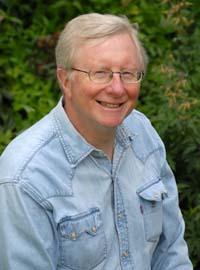 Besides a professional career in science, Tony has always been interested in music, and specifically the recorder. Growing up in the UK, he, like most children, learned to play the recorder. However his association with it really took off in Canada when one of his daughters asked him to purchase some recorders for her school group. Tony started playing duets with his daughter and became passionate about recorder music, especially the music of the Renaissance and Baroque periods.

Tony joined the BCRS and benefited from their workshops and consorts, as well as from the Early Music Vancouver Summer Workshops. When the BCRS almost went extinct he took over the running of the organization for a year or so, without ever formally assuming the title of President. Tony has attended many recorder workshops in North America and Europe and has enjoyed being part of the international recorder community. Tony was asked to stand for election to the Executive Board of the American Recorder Society and served for four years as their Secretary.